Directive of the European Parliament of 8 June 2016

on the protection of undisclosed know-how and business information against their unlawful acquisition, use & disclose

The EU Directive about trade secrets

Hence, the EU Directive is focus on the definition of the trade secret to harmonise this notion wich was never define in european law as in lots of domestic laws. The trade secret means information which is not

and protected under special circumstances by his holder to keep it secret. The third cumulative condition is that this information must have a commercial value. This definition is really similar to the one given by the article 39.2 of TRIPS Agreements drafted by the World Trade Organisation(2) contributing to an harmonisation of the definition and a general understanding all around the globe. But what is really a « trade secret » ? The Directive has go so far with this wide definition ; the qualification of a trade secret is granted to the holder who can qualify his information as he wants with the respect of the three conditions explained above. Depending on facts, this information can be a formulae, a document with a technological project, a client list, a new know-how…

The difference between intellectual property rights and trade secrets.

A property right is a title delivered by a government authority to grant a right or a title to somebody to make, use and/or sell his creation as he wants without fear of being copy by a competitor. This right is necessary publish for his validity period of time. At the opposite, the trade secret must stay confidential to protect, over a long term, the information which contributes to the success of the company’s business activity.

The french lawyer, Thibault Ales, explained that the trade secret is nowadays, an important company asset with a rich business value incorporated in the share capital which should be preserved as better as the company can.(3)

Unlawful acquisition, use and disclose.

The list of lawful acquisition, use and disclose is very strict ; it is legal when the trade secret is obtained with independent discovery, creation or research or by a worker’s research.

So, the acquisition, use and disclose of this information is illegal when the holder’s consent was not collected or when it is contrary to honest commercial practices. This unlawful situation is extended to a person who share or re-publish this information, even if this person does not know that this information is a trade secret.

In case of infringement of this directive, the guilty will be convicted to pay damages strictly defined by the article 14 of the directive. The amount of the fine is the actual prejudice of the trade secret’s holder augmented with the economic loss of the company, unfair profits by the guilty… and decrease by the price of fees linked with the trade secret as the registering of the secret in an office. By this way, damages can easily reach a very important amount of millions of euros !

Exceptions of application of the directive.

According to the article 5, the violation of trade secret is not punish by four strict hypothesis ; for exerting the right of freedom of expression and information and the liberty of press, for revealing misconduct linked with the public interest, for protecting workers rights as settle in the employment domestic law and for protecting a right guaranteed by the EU.

« With this EU directive on Trade secrets, it is not clear that scandals like Luxleaks or Panama Papers could have been revealed to the public. The financial amounts resulting from damages calculated on the basis of the commercial damage will undoubtedly have a very powerful effect. What kind of media would broadcast information of public interest if the financial risk is colossal ? »

« The protection provided by the text appears to be sufficient. Nevertheless, the directive lets margins for improvements and aggravations. We think particularly of EU countries which are not known for their respect of the freedom of the press. That’s why we will follow closely the transposition process into national laws ».

HOW THE TRADE SECRETS REGULATIONS CAN AFFECT THE RIGHT OF INFORMATION ?

« How the law regarding the protection of trade secrets can be a freedom-destroying law ? »

was the question and the title adopted by the famous french newspaper, Le Monde(4), to explain one of the main important negative effect of this directive.

The case of France is a very good exemple to explain this situation. The french law concerning trade secrets was used two times in 2018 until now ; 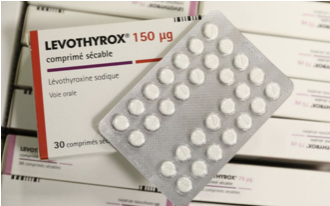 For the first time, a lawyer asked to the french national health security agency for medicines and health goods(5) to obtain documents about the Levothyrox. This medicine was at the origine of thyroid diseases for peoples who taken it. However, the agency refused to give these documents in accordance with his right granted by the french trade secrets law to keep these informations confidential. As matter of facts, this agency would like to keep secret the formulae of this medicine and the name of their producers.

For the second time, the french newspapers Le Monde asked to the same administration to have documents about european health implants and their certifications due to the health scandal « Implant files » raised by the International Consortium of Investigate Journalists (ICIJ). The answer of this administration was negative as well.

Both of the lawyer and the newspapers made a claim to the speciliased administration court for public documents access called CADA (it is a committee access for administrative documents)(6) to force this administration to give documents in accordance with the right of information for the public interest. Unfortunately, the CADA decided to refuse the access of documents in application with the trade secrets law and to promote the respect of trade secrets never mind this secret is industrial, medical or commercial.

These two exemples shows the difficulty to struggle against the power of the application of the law even if the scandal is linked with a health problem. Moreover, the application and the control of this law is delegate to the national administration so each of member states have the right to organise that as they want. As regards to the french application with the CADA administration, the effectiveness of the directive is reduce because this administration is a committee which interpret the legal disposition so the legal solution can be different regarding to their members, the file, the time granted to decide, proofs given by parties… and this administration is not strictly organised as a court even if at the end, the solution can be crucial for both parties and the public interest.

In 2019, what are the european situation into domestic laws ?

Nowadays, only 18 on 28 countries had transposed the european directive. An important lack of harmonisation for this directive ! Even if the transposition in domestic law is absent in some countries, the population and companies can use it for their claims because the european law is directly enforceable even if the country did not transpose it (and the member state can be convicted to pay a fine for the late or lack of transposition).

For countries which respected their obligation of transposition in time, all of them implemented measures wich are very similar with the directive and between them but do not go over those disposition with harder measures or fines. The competitively between companies and the will of the member states to do not afraid other foreign companies to invest and/or implant their business in their countries are two main reasons.

However, countries have not got the same legal basis as other countries. For instance, the liberty of the press, the possibility to have competent administration to struggle against trade secrets theft or protectional measures… do not apply in all european countries. By this way, the transposition of this directive will be different in Europe and break the desire of harmonisation of this regulation.

To ensure a effectivity of this directive, the European Parliament plan several controls named « Reports » according to the Article 18 ;

(1). Council Directive 2016:943 of 8 June 2016 (OJ L 157/1) on the protection of the undisclosed know-how and business information (trade secrets) against their unlawful acquisition, use and disclose

The challenges and consequences of Brexit on UK-EU relationship